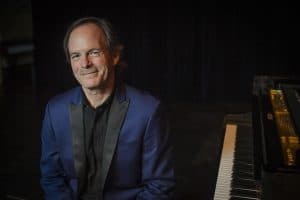 Philip J. Bauman enters his 8th year as Music Director of the Michigan City Messiah. In his commitment to mentoring young musicians, Maestro Bauman also is the Music Director of the South Holland Master Chorale. He recently stepped down from his position as Conductor of the Northwest Indiana Symphony Youth Orchestra, concluding a 20 year tenure with the esteemed ensemble. With the youth orchestra, Maestro Bauman made his European conducting debut with performances Austria and Germany in 2014. In 2018 he performed in Italy with the esteemed ensemble. During his successful 24-year tenure at the La Porte County Symphony, he was credited with significantly raising the orchestra’s artistic level and spearheading a resurgence in educational programming.

Maestro Bauman holds a master’s degree in orchestral conducting from Northwestern University and a bachelor’s degree in music theory from Western Michigan University. Through his work with Chicago Opera Theater, The Opera Factory, da Corneto Opera, Light Opera Works and the Jarvis Conservatory, Mr. Bauman has gained a reputation as a highly respected conductor of the stage.

Phil made his home in the Chicago area for over 25 years and now resides in South Bend Indiana where he serves as Production Manager of the South Bend Symphony Orchestra. He and his wife Lee enjoy family activities including motorcycling, cooking and road trips to see grandchildren. They enjoy exploring new adventures that nurture creativity and support the arts.