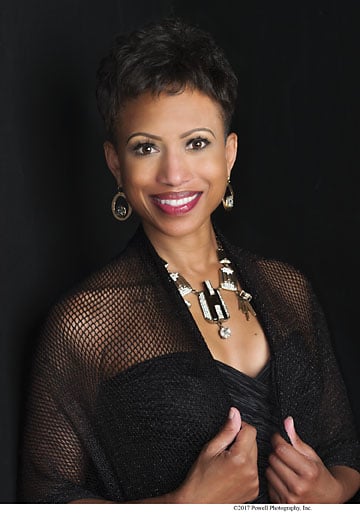 Kimberly Eileen Jones is a native Chicagoan, born on the lower South Side around Sox Park.  At a young age, she began piano lessons.  It was during this time she also became fascinated with singing, listening and trying to imitate the sounds of Barbra Streisand, Judy Garland, Dionne Warwick among others.

From her piano performances, she entered competitions which showcased her in front of audiences periodically, and she eventually received piano scholarships while taking lessons at Roosevelt University. Her shyness lessened when her music teacher in high school prompted to her to audition for the Christmas vocal solo in their annual concerts, and she became thrilled at the response she received.

From then on, she had a solo in every concert and entered beauty pageants, such as Miss Chicago (where of course singing was her talent) and Ms. Illinois USA. At Westminster Choir college she was excited to perform in places such as Carnegie Hall, Avery Fisher Hall, Philadelphia Academy of Music and the Spoleto Festival (in Charleston, SC and Spoleto, Italy).

To work with conductors such as Riccardo Muti and Leonard Bernstein was a dream come true.  She was amazed watching the soloists and it was there she began to wonder if she could perhaps be at the front of the stage instead of part of the group!  After finishing college, she waited a year before auditioning for the Lyric Opera Chorus, and did not make the cut. Six months later her mom told her about the Ryan Opera Center auditions (the young artist program at Lyric Opera of Chicago) and rejoiced when she was accepted into a prestigious program that singers all over the country auditioned for.